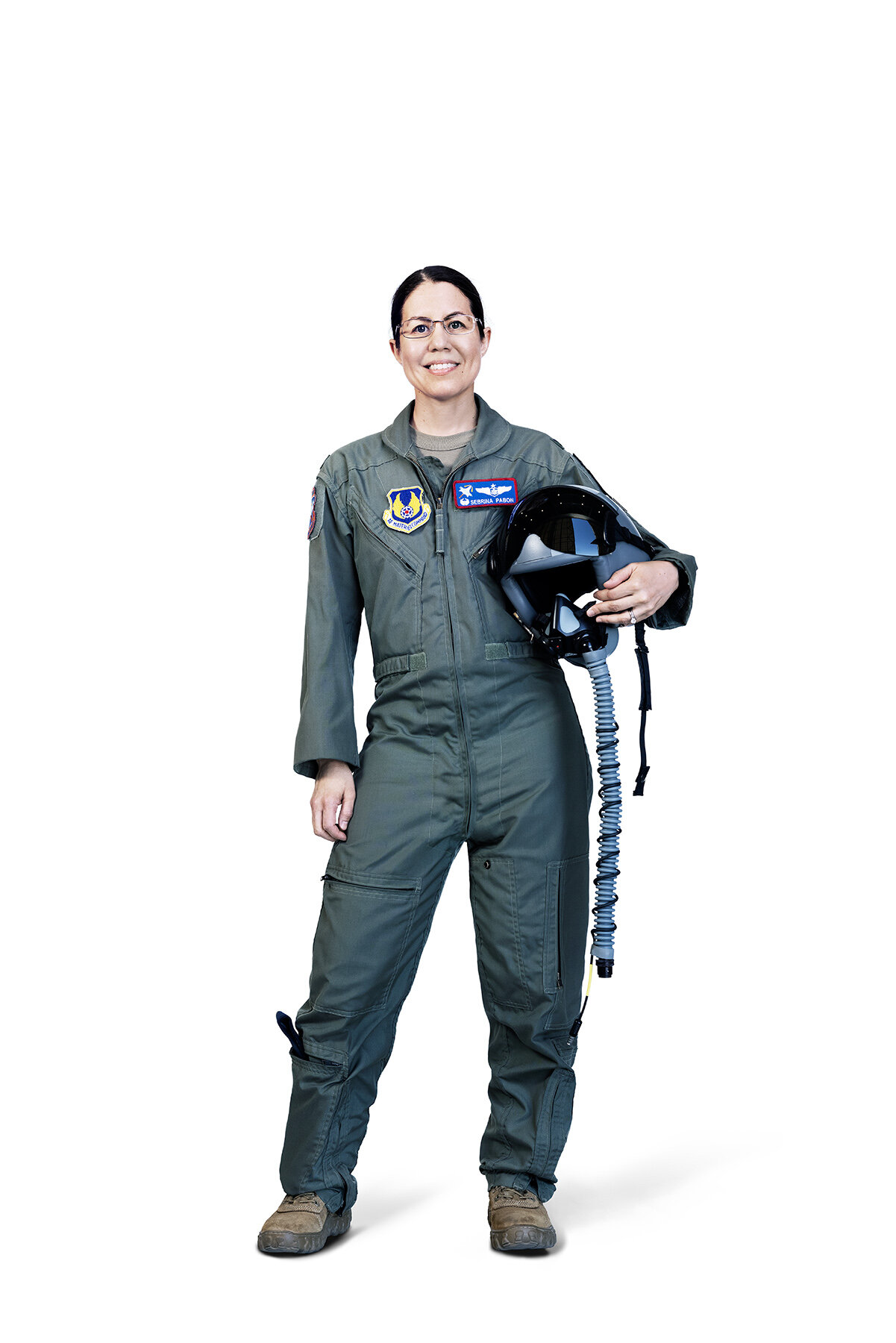 Col. Pabon graduated from high school in the local Antelope Valley and commissioned into the Air Force after college. Her love and interest in math and science led her to electrical engineering, and the Air Force ROTC gave her the financial resources to pursue her degree. “I only planned to spend the 4 years in the Air Force required as payback for my college education. It wasn’t until many years later – more than 10 years after I graduated high school that I actually found my passion and dream assignment. Who knew that you didn’t have to be a pilot to go to test pilot school?”

Col. Pabon’s advice for all of our young people who may not know exactly what they want to be when they grow up is to “find things that you enjoy doing and do the best at every school you go to and/or job you have, and you will find your way as I did.”