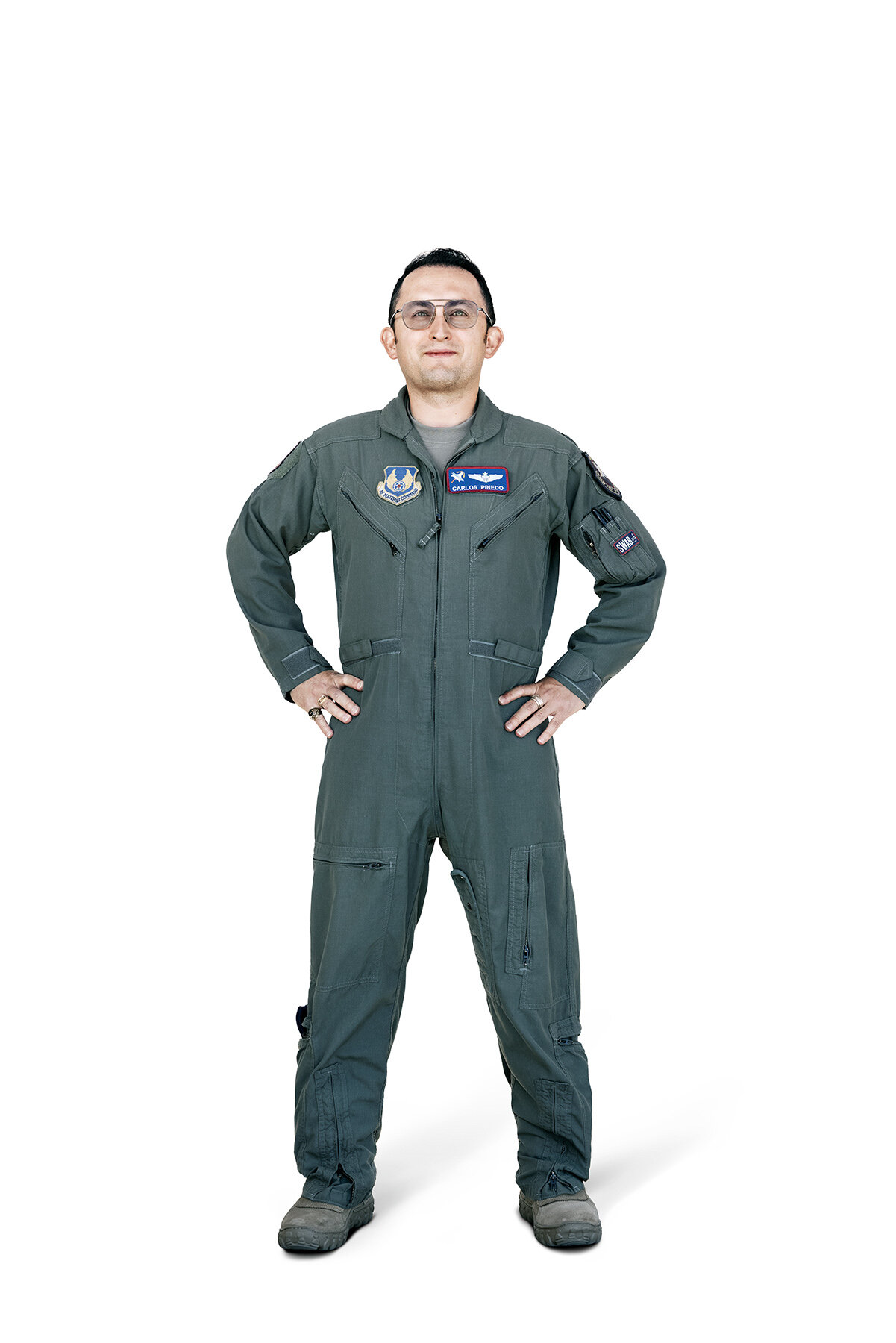 ROLE: B-1 TEST PILOT, DIRECTOR OF EDUCATION AT AF TPS

BIO: LT. Colonel Carlos Pinedo was born in Torreon, Coahuila, Mexico and grew up in Palmdale, CA. “I am a Mexican immigrant, rocket scientist, and test pilot. When I was nine years old the Space Shuttle Endeavour (now at the California science center) rolled off the assembly line in Palmdale. I took one look at that awesome vehicle and knew that I had to find out how to fly it.”

That began his journey as a high school intern at NASA Armstrong, to MIT where he earned a Bachelor’s and Master’s in Aeronautics and Astronautics, and as a bomber pilot in the U.S. Air Force. He then attended Air Force test pilot school at Edwards Air Force Base, and he just recently completed his PH.D. in Bioastronautics (the study and support of life in space) at the University of Colorado, in Boulder. He is currently a B-1 test pilot and Director of Education at TPS. “I have always been fascinated with human spaceflight and exploration and form an early age really wanted to be a space archeologist; looking for signs of alien life or civilizations on other planets. Hopefully, I’ll get to go to the Moon, Mars or Europa!