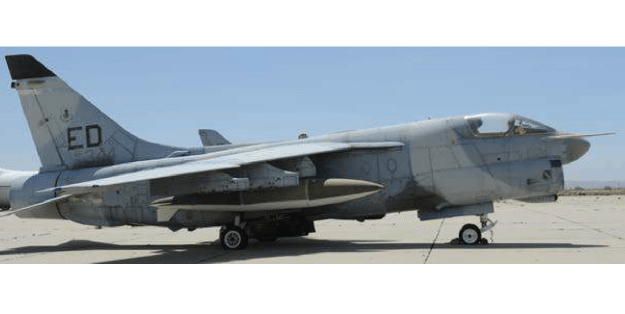 The Ling-Temco-Vought YA-7F “Strikefighter” was a prototype transonic attack aircraft based on the subsonic A-7 Corsair II. Two prototypes were converted from A-7D models. The YA-7F was not ordered into production, its intended role being filled by the F-16 Fighting Falcon.

In 1985, the USAF requested proposals for a fast strike aircraft because of concerns that A-10 Thunderbolt II was too slow for interdiction. The design called for a new engine, either the Pratt & Whitney F100-PW-220 or General Electric F110-GE 100. The museum’s aircraft is the second of two YA-7F models built.