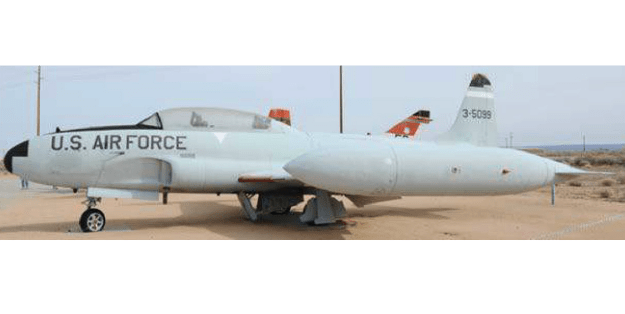 The two-seat T-33 was developed from the single-seat F-80 fighter by lengthening the fuselage slightly more than 3 feet to accommodate a second cockpit. It was originally designated TF-80C and made its first flight in March 1948. T-33 quickly became the centerpiece of USAF flight training. Lockheed manufactured over 5,000 “T-Birds,” with more than 1,000 eventually transferred to foreign countries.

The T-33A Shooting Star on display started its Air Force career at Vance AFB, OK, in June 1959. It was flight delivered to the AFFT museum from Castle AFB, CA, in July 1986.