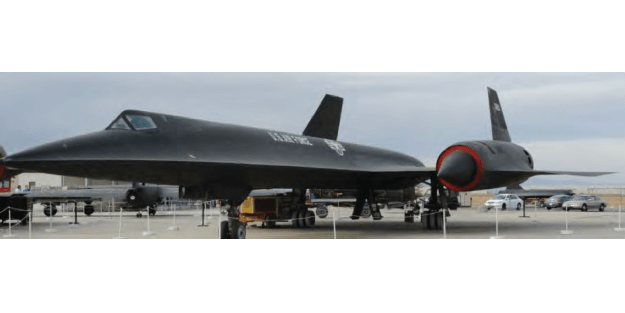 The A-12 was developed for the CIA to replace the U-2 for clandestine overflights of the Soviet Union. The success of the Russians at tracking the U-2 meant that eventually it would be vulnerable to interception. The CIA specified that U-2’s successor was to fly higher (over 85,000 feet versus 70,000), faster (over 2,000 mph versus 500), and not be visible on Soviet radar.

The A12 on display at the Blackbird Airpark is Article 121, which is the very first A-12 built. It was never in operational service, but instead served as the test prototype for the Blackbird family. It was first flown on 26 April 1962 by Lou Schalk. This aircraft has flown a total of 418.2 hours.