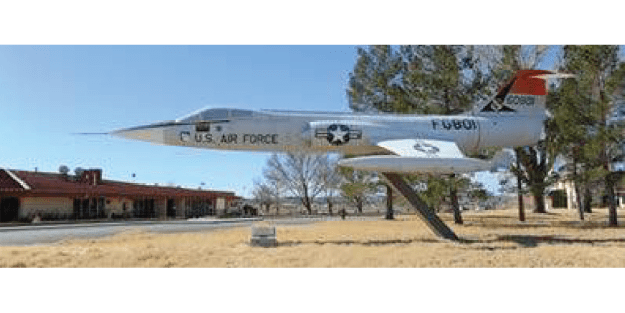 The Lockheed F-104 Starfighter is a single-engine, high performance, supersonic interceptor aircraft originally developed for the United States Air Force by Lockheed. One of the Century Series of aircraft, it was operated by the air forces of more than a dozen nations from 1958 to 2004.

In May 1959 Lockheed modified it to an F-104G configuration (bigger rudder) for flight controls tests and for nuclear weapon shape trials test programs. It later served as the safety chase for the museum’s A-12 and the M-12/SR-71 test programs.