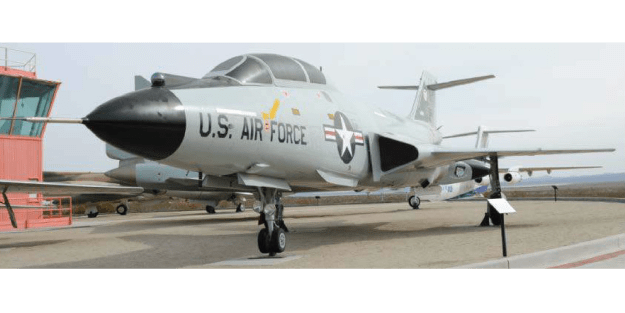 Originally developed from the McDonnell XF-88 penetration fighter, the F-101 was designed as a long range bomber escort for the Strategic Air Command. The prototype made its first flight at Edwards AFB in September 1954. This McDonnell Voodoo was retired from service with the 132nd Fighter Interceptor Squadron(ANG) at Bangor, ME, in 1976.

The AFFT Museum acquired it from storage at Davis-Monthan AFB, AZ, on 12 December 1984, and it was restored by the 412th Test Wing Surfaces team in 2006.