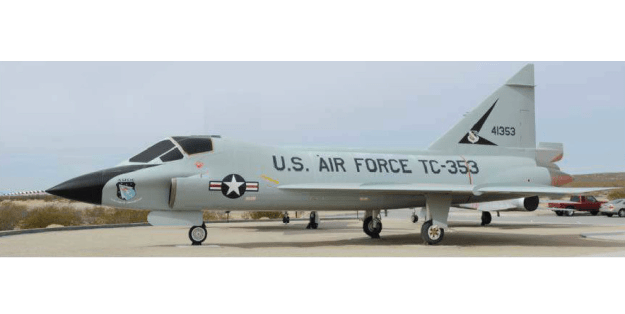 The F-102 was developed from the Convair XF-92 delta wing research aircraft of the late 1940s, and the prototype made its initial flight in October 1953 at Edwards AFB. It became operational with the Air Defense Command (ADC) in 1956.

This Convair TF-102A is the third trainer version built and it served at Edwards AFB in various flight test roles throughout its career. It was used to test high-altitude full pressure suits in the late 1950s, and was the first TF-102 retrofitted with an enlarged vertical tail to improve control and stability. The 412th Test Wing Surfaces team restored the aircraft in 2006.