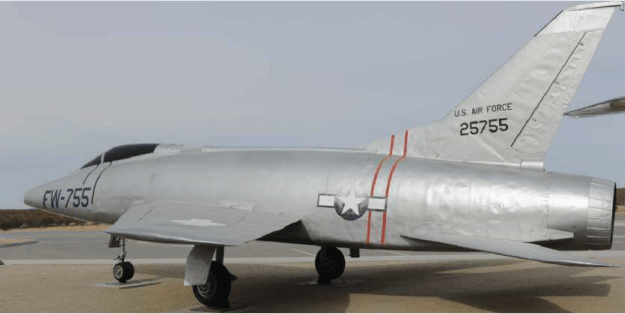 The F-100 was the USAF’s first operational aircraft capable of flying faster than the speed of sound (760 mph) in level flight. The prototype YF-100A made its initial flight on 25 May 1953, and the first production aircraft was completed in October 1953.

This North American YF-100A was the second of two prototypes built, making its first flight in October 1953. It is the oldest Super Sabre in existence. The aircraft was on display on a pedestal at Keesler AFB, MS, for over 35 years and was acquired by the AFFT Museum in 2001. It was restored by the 412th Test Wing Surfaces team in 2007.