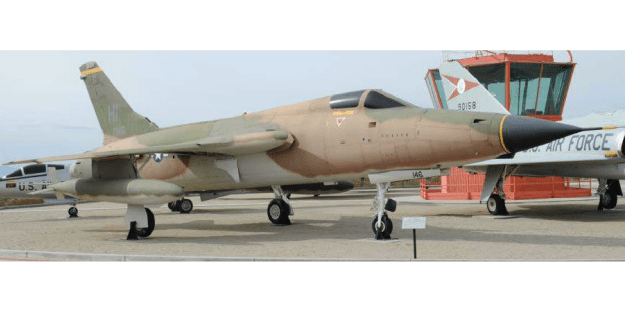 The YF-105 completed its maiden flight at Edwards AFB in October 1955, easily exceeding Mach 1, even though it was powered by a J57 engine – much less powerful than its projected power plant, the J75. The D-model “Thud” added water injection to the J75 engine, along with updated avionics, attached equipment, and improved refueling features.

This Republic Thunderchief displayed at the Century Circle was flight-delivered to Edwards in January 1984 from its last operational assignment with the 419th Tactical Fighter Wing (USAF Reserves) at Hill AFB, UT. It was restored in 2007 by the 412th Test Wing Surfaces team