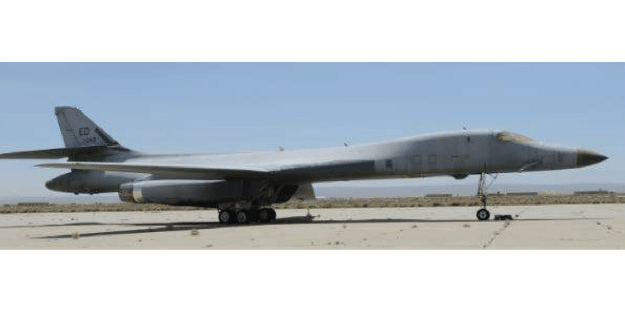 The Rockwell (now Boeing) B-1 Lancer is a four-engine supersonic variable-sweep wing, jet-powered strategic bomber used by the USAF. It was first envisioned in the 1960s as a supersonic bomber with Mach 2 speed, and sufficient range and payload to replace the Boeing B-52 Stratofortress.

This B-1B serviced its entire active life with the 419 Flight Test Squadron at Edwards AFB. It was involved with major upgrades to the aircraft including B-1 Block E upgrades and the Sniper Targeting Pod. This aircraft was crewed by Sergeant Chad McBunch. Sergeant McBunch’s name remains on the aircraft as “C/C A1C Chad McBunch.”