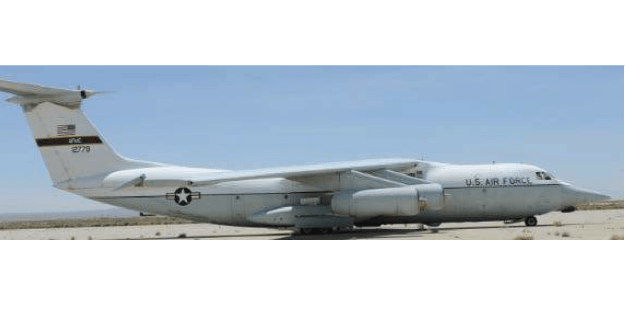 The aircraft remained in service for over 40 years until the USAF withdrew the last C-141s from service in 2006, after replacing the airlifter with the C-17 Globemaster III. The museum’s aircraft was the second aircraft of the production fleet named “Against the Wind” by her crew chief Paul Laemers, and was once assigned to the AMC 4950th Test Wing, Wright-Patterson AFB, OH.

Aircraft 779 was heavily modified to become the Advanced Radar Test Bed testing airborne radars in a countermeasures environment. Structural modifications included a “universal nose” that could be interchanged with B-1, F-15, and F-16 nose radomes and radar system housings to support in-flight instrumented radar testing. It is one of three A models still in existence