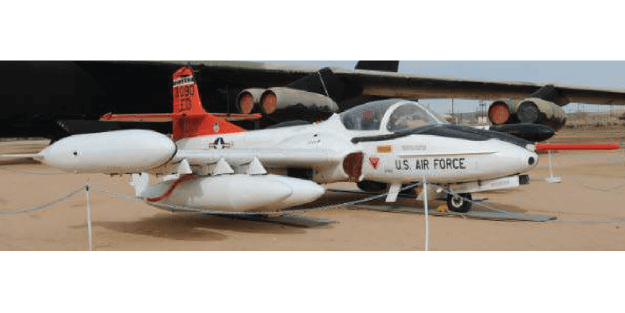 The Cessna A-37B was the attack version of the T-37 trainer, and was designed for combat in Vietnam where it flew 165,000 combat sorties with the USAF and South Vietnamese units.

This particular aircraft was assigned to Edwards AFB in 1976 and was heavily instrumented to perform a number of flight test support roles. It was used primarily to support the USAF Test Pilot School’s flying curriculum. The “N” before its designation indicates it has been modified as a test aircraft and was never be returned to its previous configuration. It was transferred to the AFFT museum in September 1995.