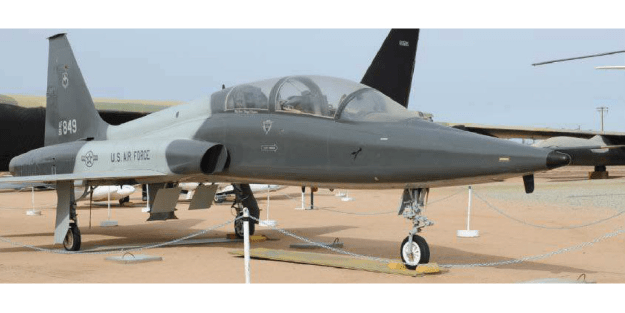 The USAF originally ordered the Northrop (now Northrop Grumman) T-38A Talon in the 1950s as an advanced, supersonic flight trainer. The Talon’s maneuverability also made it useful as a fighter lead-in and as the first in a series of aggressor aircraft.

The museum’s Northrop Talon set four time-to-climb records when piloted by USAF Maj. Walter F. Daniel, on 19 February 1962, at Edwards AFB, CA. Jacob Huck restored the aircraft in 2013 for his Eagle Scout project that demonstrates leadership. The project included removing oxidation on the aircraft and applying a coat of polish; as well as creating hand-mixed cement slabs to support the permanent display