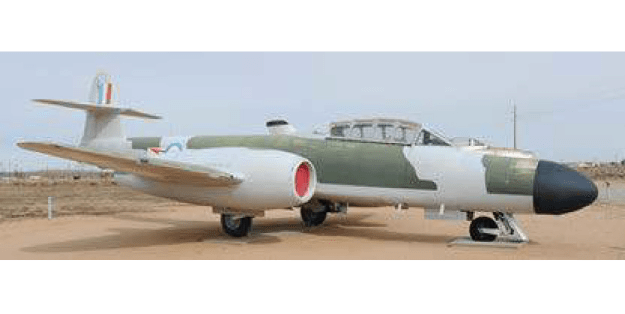 The Meteor was Britain’s first operational jet aircraft and the only operational allied jet to see service in World War II. The prototype, designated G.41, completed its first flight in March 1943 under the power of two de Havilland H-1 turbojets. The U.S. evaluated the Meteor at Muroc Army Air Field (today Edwards AFB) after WWII.

In 1959, this particular N.F.-11 was converted to tow aerial targets and redesignated a T.T.20. After its service ended in 1969, it flew under civilian markings until it was flight delivered to the AFFT museum on 4 October 1993.