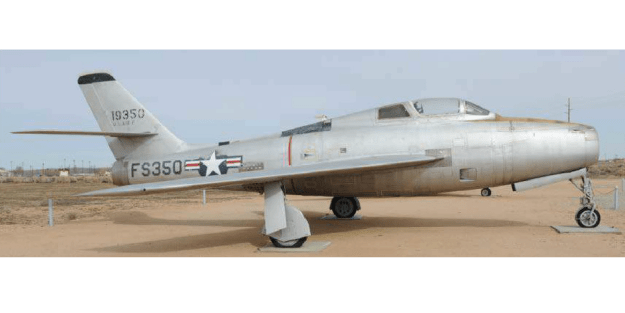 The Republic YF-84F prototype (a modified F-84E straight-wing officially designated YF-96A) completed its hour-long first flight at Edwards AFB in June 1950. The first flight of the revised F-model prototype, with its distinctly deeper fuselage profile, took place at Edwards AFB in February 1951. This F-84 was rescued from a back yard in the Midwest – after 15 years of neglect – by Pete Regina from Van Nuys, CA.