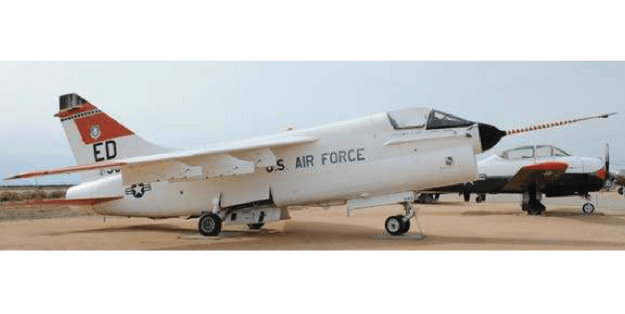 The Corsair II was designed to meet a 1963 Navy requirement for a light-attack plane to replace the A-4. Manufactured by Ling-Temco-Vought, the Navy’s A-7A made its first flight in September 1965. Two months later, the Air Force settled on the A-7 as a low-cost way to provide specialized, close-air support to the Army. Over 450 A-7Ds were delivered to the USAF.

The A-7D on display is the second prototype, hence the “Y” designation. It served its entire career at Edwards AFB. It made the first totally fiber optic-controlled flight using a single fiber flight control system in March 1982.