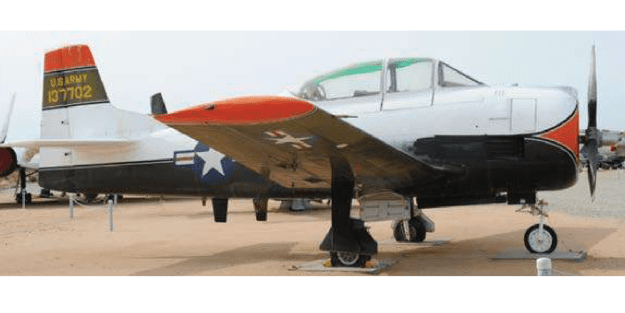 The T-28B was originally developed as a Navy basic trainer and completed its maiden flight on 6 April 1953. Nearly 500 aircraft were built. Early models of the Trojan were tested at Edwards AFB beginning shortly after the plane’s first flight in 1949.