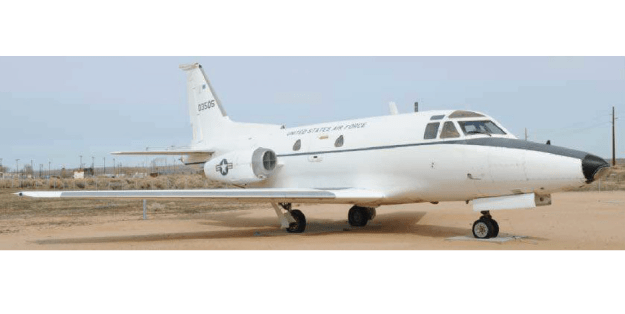 Originally developed as a private venture to meet a USAF requirement for a twin jet utility trainer, the prototype T-39 made its first flight on 16 September 1958. In all, 143 T-39As and six T-39Bs were built for the USAF.

The North American CT-39A, on display at the AFFT museum, was flown to Edwards AFB in November 1985 from Bergstrom AFB, TX, where it had been performing VIP transport duties with the 12th Air Force Headquarters. The “CT” designation was assigned when the aircraft was converted to the utility transport role