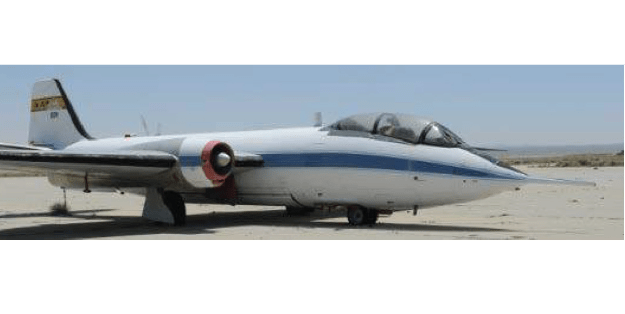 The Martin-built B-57 Canberra made its first flight in July 1953, and when production ended in 1959, 403 Canberras were produced for the USAF. Aircraft 1576 was the 59th B-57 built. NASA used it for tests of hydrogen-powered engines under the name “Project Bee.” The basic plan was to equip the airplane with a hydrogen fuel system, independent of its regular fuel system, and modify one engine to operate on hydrogen as well as its regular fuel. The airplane was to take off and climb on its regular fuel. After reaching level flight at about 54,000 feet, the fuel on one engine was switched from JP-4 to hydrogen.