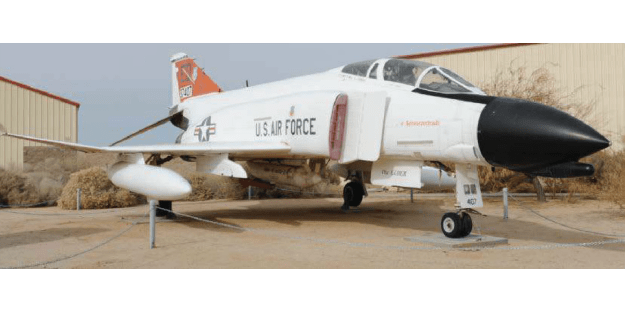 The Phantom II – first flown in May 1958 – was developed as a fleet defense interceptor for the U.S. Navy. After entering Navy service in 1961, the USAF evaluated it at Edward AFB to fill a fighter-bomber requirement.

This particular Phantom is the first McDonnell production F-4C. The AFFT Museum acquired it in 1991 after it had served almost its entire career in flight test. Among its various missions was that of a tow aircraft for aerial targets. NF-4C S/N 63-7407 is displayed with an RMK-19 tow reel and target unit mounted on its centerline station.