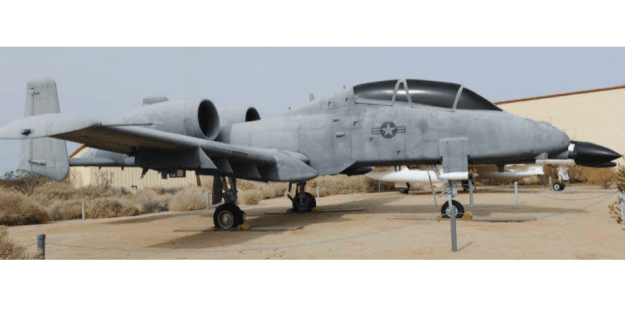 The Republic A-10 Thunderbolt II is a twin-engine, straight-wing jet aircraft developed in the early 1970s. The only USAF aircraft designed solely for close air support of ground forces, the A-10 was built to attack tanks, armored vehicles, and other ground targets with limited air defenses. The A-10 was designed around the GAU-8 Avenger’s 30mm rotary cannon that is the aircraft’s primary armament and is the heaviest automatic cannon mounted on an aircraft.

This experimental twoseat A-10 Night Adverse Weather version was built by converting an A-10A. It included a second seat for a weapons system officer responsible for electronic countermeasures, navigation and target acquisition.