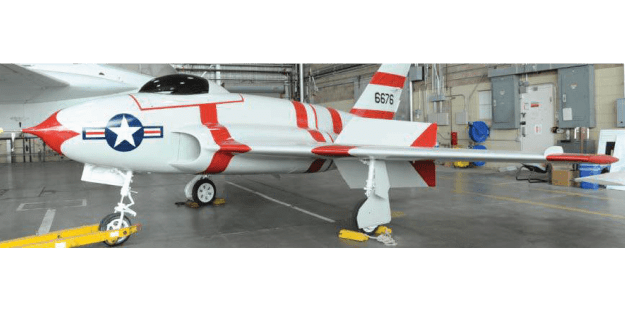 The X-4 Bantam was an experimental small twin-jet aircraft manufactured in 1948. It had no horizontal tail surfaces, depending instead on combined elevator and aileron control surfaces (called elevons) for control in pitch and roll attitude. The first X-4 serial number 46-076 was delivered to Muroc Army Air Force Base, CA, (now Edwards AFB) in November 1948.

The AFFT museum’s X-4 Bantam, the first of two built by the Northrop Company, was restored by a small team of dedicated volunteers over a period of less than one year. This aircraft is unique in that Charles Tucker was its only pilot during its entire career.