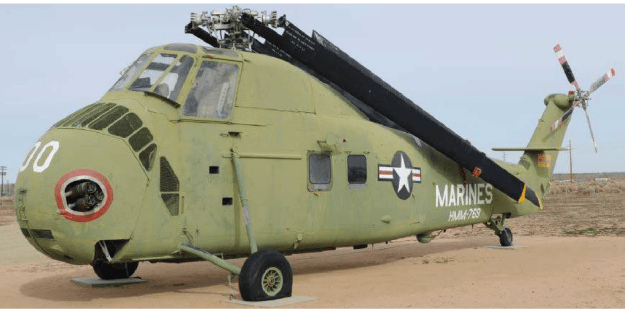 The Sikorsky H-34 Choctaw (company designation S-58), a piston-engine military helicopter, was one of the Army’s two standard light transport class helicopters. It was assigned primarily to transportation helicopter companies and is used to transport supplies, equipment, and personnel, and for aeromedical evacuation within the combat zone. It is a large single-engine, all metal helicopter.

The Choctaw won acclaim in 1956 when Army aviators established three world helicopter speed records over a closed course at Bridgeport, CT. The helicopter on display at the AFFT museum was acquired in October 2005. It is painted with USMC, HMM-769 markings.