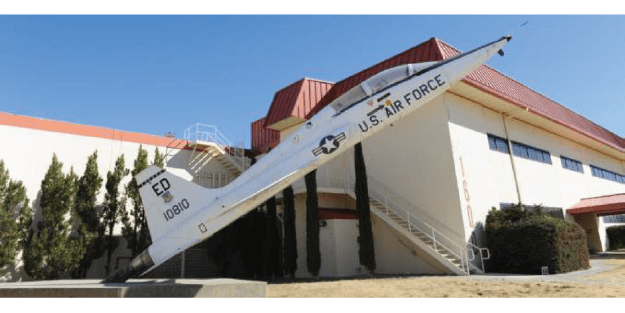 The Northrop (now Northrop Grumman) T-38 Talon is a two seat, twin-engine supersonic jet trainer. It was the world’s first supersonic trainer and was also the most produced one. The T38 remains in service as of 2014 in air forces throughout the world. The USAF is the largest operator of the T-38. In addition to training USAF pilots, the T-38 is also used by NASA. The U.S. Naval Test Pilot School is the principal Navy operator of the T-38 aircraft. As of 2014, the T-38 has been in service for over 50 years.