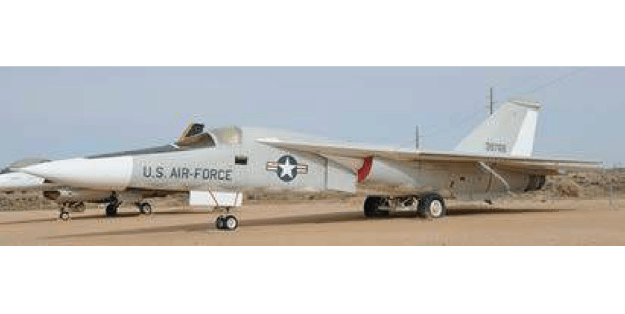 The General Dynamics F-111 ‘Aardvark’ was a medium-range interdictor and tactical strike aircraft that also filled the roles of strategic bomber, reconnaissance, and electronic warfare in its various versions. Developed in the 1960s it first entered service in 1967 with the USAF.

The museum’s YF-111A, S/N 63-9766, was the first F-111A built. The aircraft first flew on 21 December 1964 from Carswell AFB, Texas. Its entire service career was spent at Edwards, where it performed the full spectrum of flight tests.